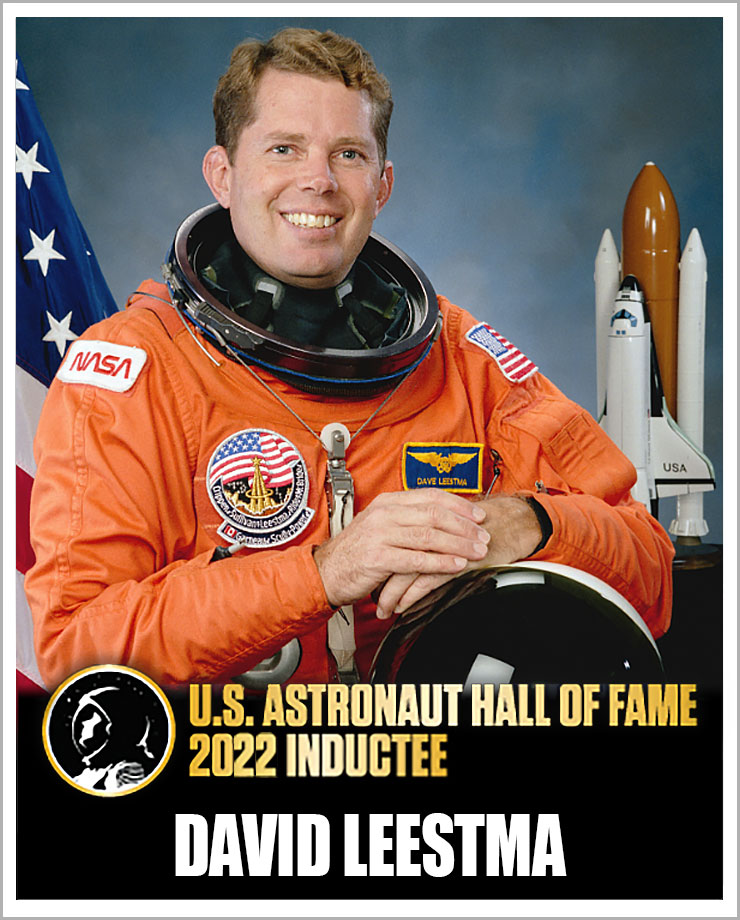 David C. Leestma (Capt., USN, ret.) was graduated from the U. S. Naval Academy in 1971. After obtaining his Master’s degree in Aeronautical Engineering from the Naval Postgraduate School, he attended Navy flight school, earned his wings, and was assigned to fly the F-14A Tomcat. He served as an operational flight crew member for three overseas deployments and later as an Operational Test Director for the F-14A. In 1980 he was selected as an astronaut and subsequently flew three Space Shuttle missions. He performed a wide variety of mission tasks, gaining invaluable experience in human spaceflight. Leestma’s three space flights gave him a unique background (EVA, RMS operations, DOD flight operations, on-orbit contingency operations, Spacelab operations, international liaison, vehicle/systems operator, on-orbit command) that enabled him to perform in a variety of NASA executive positions after retiring from the Astronaut Office and the Navy. He was selected as the Director, Flight Crew Operations, responsible for the astronaut office and JSC aircraft operations. During his tenure 41 Space Shuttle flights and 7 shuttle-MIR flights were successful and safely flown, three new astronaut classes were selected, ISS assembly operations were begun, and he oversaw the requirements, development and in-house modification of the NASA T-38A fleet to the T-38N.

He was subsequently assigned as the Deputy Director, Engineering, in charge of the JSC GFE projects for the ISS. Leestma then became the JSC Program Manager for the Space Launch Initiative responsible for all JSC work related to the development of a new launch system. He also served as the Assistant Program Manager for the Orbital Space Plane, responsible for the vehicle systems and operation of a new crewed space craft. He continued his career at NASA serving in a variety of senior executive positions that allowed him to adhere to his vision of human exploration beyond LEO and cultivate the necessary relationships across the Agency and internationally to garner the support for future exploration programs. For his accomplishments he was twice awarded the Presidential Rank of Meritorious executive. He retired from NASA in 2014 after 47 years of government service (35 of them with NASA). He and his wife, Patti, have six children and 20 grandchildren.