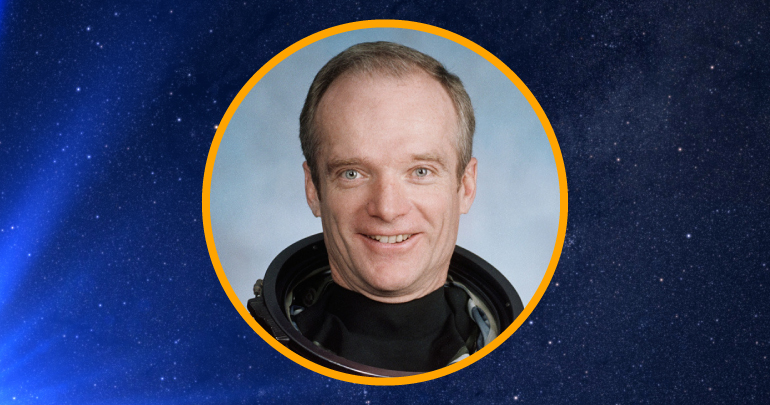 Charles J. Precourt (Col., USAF, Ret.) spent 15 years in the space program, a period in which he participated on four space flights and logged a total of 932 hours in space. Precourt served as mission specialist on STS-55, as pilot on STS-71 and as commander on STS-84 and STS-91.

STS-55 Columbia launched in April 1993 and during this mission nearly 90 experiments were conducted to investigate life sciences, material sciences, physics, robotics, astronomy, the Earth and its atmosphere. On his second flight, STS-71, Precourt piloted the first space shuttle mission to dock with the Russian space station Mir. Space Shuttle Atlantis required specific modifications to carry the docking system used on this mission.

In 1997, Precourt launched aboard Atlantis again during STS-84. This mission was NASA’s sixth space shuttle mission to rendezvous and dock with Mir, and the Atlantis crew transferred nearly four tons of supplies and equipment between the space shuttle and Mir. On his final shuttle mission STS-91, Precourt served as commander during the ninth and final Shuttle-Mir docking mission. The STS-91 crew also conducted the Alpha Magnetic Spectrometer experiment, which involved the first of its kind research of antimatter in space.

After leaving NASA in March 2005, Precourt went to work for ATK Aerospace Systems of Magna, Utah. He currently serves as General Manager and Vice President of Space Launch Systems for OrbitalATK.

Precourt was inducted into the U.S. Astronaut Hall of Fame on May 5, 2012.