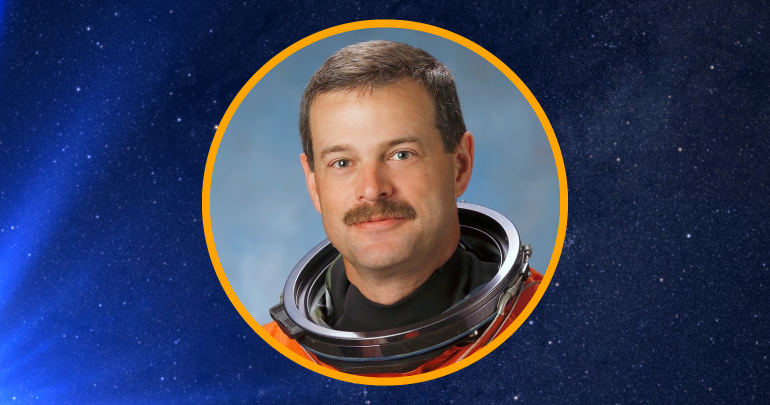 Scott Altman was selected as an astronaut candidate by NASA in 1995. His years spent as a Naval Captain led him to pilot his first two space shuttle missions and then serve as commander on his final two missions.

In 1998, he served as pilot on Columbia during STS-90, the Neurolab mission, which studied the effects of microgravity on the brain and human nervous system. Two years later, in 2000, he piloted Atlantis on STS - 106 during a 12-day mission to prepare the International Space Station for the arrival of the first permanent crew. His final two missions saw Altman command Columbia on STS-109, the fourth mission to service the Hubble Space Telescope and on STS-125, the fifth and final mission to service the telescope and extend its useful lifetime.

Altman is an accomplished fighter pilot, recipient of the Distinguished Flying Cross, the Navy Commendation Medal, and was 1987 award winner for outstanding achievement in Tactical Aviation, selected by the Association of Naval Aviation. Altman is also known for his aerial acrobatic flights in the movie Top Gun.

In total, Altman spent more than 51 days in space during his four missions before retiring from NASA in 2010 to join the ASRC Federal family of companies.