Charles Duke,
Board of Trustees Member 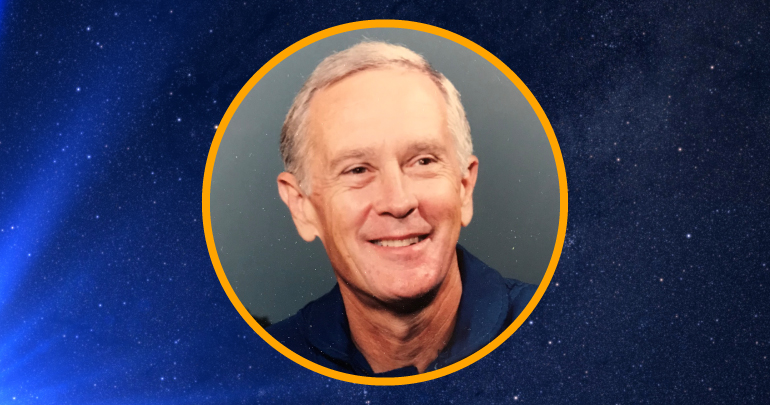 Upon graduation from the Naval Academy and receiving his commission in the USAF, Mr. Duke entered pilot training and received his wings in Sept. 1958. He served three years in Germany as a fighter interceptor pilot with the 526th Fighter Interceptor Squadron at Ramstein Air Base. He was then assigned to MIT for a master's degree. In 1964, he entered the USAF Test Pilot School at Edwards AFB. He has logged 4,147 hours flying time which includes 3,632 hours in jet aircraft.

Astronaut Duke is one of the 19 astronauts selected by NASA in April, 1966. Duke served as lunar module pilot of Apollo 16, April 16-27, 1972. He was accompanied on the fifth manned lunar mission by John W. Young (spacecraft commander) and Thomas K. Mattingly II (command module pilot). Apollo 16 was the first scientific expedition to inspect, survey and sample materials and surface features in the Descartes region of the rugged lunar highlands. Duke and Young commenced their lunar surface stay of 71 hours and 14 minutes by maneuvering the lunar module "Orion" to a landing on the rough Cayley Plains. In three subsequent excursions onto the lunar surface, Duke and Young logged 20 hours and 15 minutes in extra-vehicular activities - involving the emplacement and activation of scientific equipment and experiments, the collection of nearly 213 pounds of rock and soil samples, and the evaluation and use of Rover-2 over the roughest and blockiest surface yet encountered on the moon.

With the completion of the Apollo 16 mission, General Duke has logged 265 hours and 51 minutes in space, which includes 21 hours and 28 minutes in extra-vehicular activities. Astronaut Duke also served as the backup lunar module pilot for the Apollo 13 and Apollo 17 flights.

In December 1975, Duke retired from NASA to enter private business in San Antonio. He entered the USAF Reserves in 1975 and served as Mobilization Augmentee to Commander AF Basic Military Training Center and to Commander USAF Recruiting Service. He was promoted to Brigadier General in 1979 and retired in June, 1986. Since 1976, Mr. Duke has been involved in a wide variety of business. He is presently involved in the following ventures.

Charlie Duke is an active motivational and inspirational speaker. As an entrepreneur, business executive, military officer, and Astronaut, he brings to the speakers platform forty years of experience. His speeches are entertaining, informative and sprinkled with humor. He has appeared on numerous TV shows, and spoken for hundreds of associations, clubs, organizations, churches, and schools all over the world.He and his wife reside in New Braunfels, Texas. They have co-authored the book, Moonwalker. released by Oliver Nelson Publishers in March 1990, and produced two videos/DVDs - Moonwalker and Walk on the Moon, Walk with the Son.