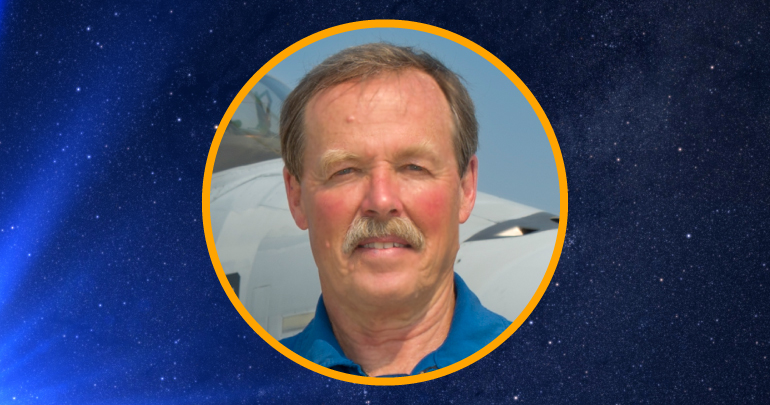 Captain Robert “Hoot” Gibson graduated with an Associate Degree from Suffolk County Community College and a Bachelor’s Degree in Aeronautical Engineering from California Polytechnic State University in San Luis Obispo, California. He entered the United States Navy and served as a Fighter Pilot in F-4 “Phantom” and F-14 “Tomcat” Aircraft and flew combat missions in Southeast Asia, making more than 300 carrier landings aboard the Aircraft Carriers “USS Coral Sea” and “USS Enterprise”. After attending the Navy Fighter Weapons School “Topgun”, and the Navy Test Pilot School, he served as a Flight Test Pilot prior to being selected as an Astronaut in 1978 in the first Space Shuttle Astronaut selection.

In 18 years as an Astronaut he flew 5 Space Flights, 4 of them as the Mission Commander, aboard the Space Shuttles “Challenger”, Columbia”, “Atlantis”, and “Endeavour”. His final Space Flight was the first mission to rendezvous and dock with the Russian Space Station “Mir” in 1995.

In his career with NASA, he held the positions of Deputy Chief of NASA Aircraft Operations, as the Chief of the Astronaut Office, and as the Deputy Director of Flight Crew Operations.

In a flying career covering over 50 years, he has accumulated more than 14,000 hours of flight time in more than 150 types of military and civilian aircraft.