The Astronaut Scholarship Foundation is proud to announce that its 2019 Neil Armstrong™ Award of Excellence Honoree is Dr. Douglas S. Adams, a 1993 Astronaut Scholar from Purdue University. 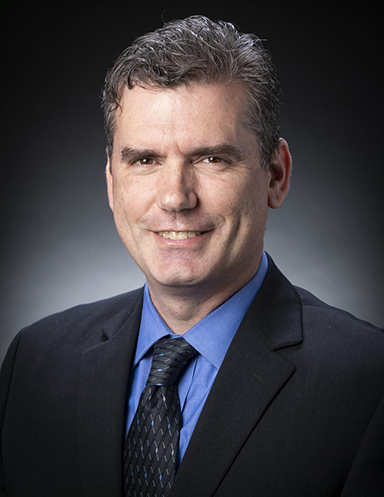 Doug is a native of Ames, Iowa, where he graduated from Ames High School in 1989. While attending Purdue University as an undergraduate, he majored in Aeronautical and Astronautical Engineering and graduated in 1994, with Highest Distinction. He then continued his education at Purdue University, earning both M.S. and Ph.D. degrees in Aeronautics and Astronautics in 1996 and 2001, respectively.

When asked what it meant to be nominated by a fellow scholar he replied, “It is humbling to be nominated by a fellow scholar and especially so in this case given that there are so many outstanding candidates. I wasn’t expecting to be named and was both surprised and unassuming when I learned that I had been nominated. I also recognize that the nomination and selection process takes time and effort and I am truly grateful for everyone’s industry both on my behalf and in the evaluation process.” Being very aware of the exceptional and high caliber nominees that were also considered for this honor, he believes that, “being selected is a great honor for me and a very rewarding recognition. I have been very fortunate in the pursuit of my career.”

He currently serves within the System Engineering Group as the lead Spacecraft Systems Engineer for the proposed Dragonfly mission at the Johns Hopkins Applied Physics Laboratory in Laurel, Maryland, where he is known for being a hardworking, mission-first professional. The Dragonfly proposal is a nuclear-powered octocopter designed to explore the surface of Saturn’s largest moon Titan. Dragonfly is one of two finalists being considered in NASA’s New Frontiers 4 competition, with the announcement of the winner expected to be announced later this summer. His other work at APL has focused predominantly on advanced project development, and includes advancing concepts for the exploration of Venus, comet sample return, and a Europa surface lander.

Prior to joining APL in 2013, he worked at the Jet Propulsion Laboratory for 12 years. His expertise supported numerous missions including: the Mars Exploration rovers, Spirit and Opportunity, as a dynamics engineer for the airbag landing system; the Phoenix Mars Scout lander, as the Entry, Descent, and Landing Mechanical Systems Engineer; the Mars Science Laboratory (MSL) rover Curiosity, as the Parachute Cognizant Engineer; the Soil Moisture Active Passive orbiter, as the Dynamics Lead; and the Low-Density Supersonic Decelerator project, as the Ballute Cognizant Engineer. He also worked with the European Space Agency on the MARSIS and SHARAD radars, which continue to orbit and observe Mars onboard the Mars Express and the Mars Reconnaissance Orbiter spacecraft. His work on the MSL parachute, according to fellow Astronaut Scholar Daniel Araya, Ph.D., “stands as a testament to innovation and achievement, as this parachute is the largest supersonic parachute ever to be deployed successfully.”

Dr. Adams lives in the Washington D.C. area with his family. He is highly revered by his peers, who note that “Doug’s perseverance and integrity as an individual, his technical aptitude, and his bold vision of innovation has enabled him to contribute to some of the greatest space exploration missions and ideas that the U.S. has put forth and have a lasting impact…[which] exemplifies the core values embodied by Neil Armstrong and are more than worthy of recognition through this award.” This respect is not only hard-earned but also enduring, as Doug’s good works convey not only high accomplishments, but also an exceptional commitment to service.

Noteworthy accomplishments and recognized achievements include: Eagle Scout (1988); Order of the Engineer (1991); Shuttle Memorial Scholarship (1993); NASA Exceptional Achievement Medal (2006); NASA Board Award (2008); The APL R. W. Hart Prize for Excellence in Independent Research and Development (2017); The Walter G. Berl Award for the Outstanding Paper in the Johns Hopkins APL Technical Digest (2019); The APL Bumblebee Award (2019), in addition to multiple team and group awards not listed here. He has published or contributed to 47 papers and presented at many conferences, including the IEEE/AIAA Aerospace Conference, the AIAA Aerodynamic Decelerator Systems Technology Conference, and the International Planetary Probe Workshop.

Dr. Adams attributes his Mercury 7 Scholarship in 1993 and becoming an Astronaut Scholar, to many of his successes as well as to this honor, “I have never forgotten what it meant to me personally to receive an ASF scholarship and I think of it often. I feel a sense of fraternity with other ASF scholars and a special connection to the NASA community. Achievements are often set in motion long before they occur, and I feel very strongly that my selection as an ASF scholar has helped to propel me forward in my career and to support NASA’s goals and the nation’s objectives in space.”

Doug will be presented with the award at the Innovators Gala on August 24, 2019 at the Marriott Marquis in Washington, D.C. The Neil Armstrong Award of Excellence was established in 2016 through a partnership with the Purdue Research Foundation, the Armstrong Family and Neil Armstrong’s friend, Jim Hays. The award pays tribute to the legacy of Armstrong and his fellow space explorers in the Mercury, Gemini, Apollo, Skylab, Space Shuttle, and International Space Station programs. Managed by the Astronaut Scholarship Foundation, the award honors that legacy while inspiring future generations to pursue science and technology. The Astronaut Scholarship Foundation was created by the surviving Mercury astronauts and their families, a mission that has been embraced by today’s astronauts, to reward the best and brightest university students in science, technology, engineering and mathematics.