On the Shoulders of Giants Campaign

The On the Shoulders of Giants Campaign is a fundraising effort to raise the $3.2 million matching funds needed to receive the U.S. Mint’s Apollo 11 50th Anniversary Commemorative Coin surcharges. Join our efforts and double your dollars by giving to the campaign. Choose a level with various benefits or give what you can, at any amount, to help us achieve our goal. 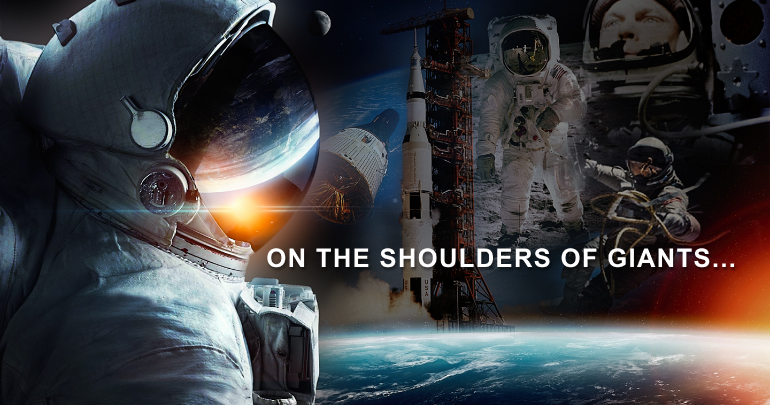 On July 20, 1969, the entire world stopped to watch with wonder and awe as a decade-long vision came true – the U.S. became the first and only nation to put a man on the Moon. In 2019, the U.S. Mint will celebrate the 50th anniversary of the historic Apollo 11 mission by producing and selling commemorative coins. One-fourth of the coin surcharges will directly benefit the Astronaut Scholarship Foundation.

The Astronaut Scholarship Foundation has launched the On the Shoulders of Giants, a $3.2 million fundraising campaign to match surcharges from the sale of the commemorative coins. This campaign not only honors the vast accomplishments of the moon mission, but the entire space journey from the beginning through present day and into the future.

Many of these heroes will take part in exclusive, private events such as the U.S. Mint Coin Unveiling and Launch, as well as a once-in-a-lifetime Apollo 11 50th Anniversary Celebration Gala. Imagine experiencing the red-carpet, VIP treatment as you attend one or more of these events. Other campaign offerings include custom-designed commemorative coin frames, autographed photo cards from Buzz Aldrin, moon memorabilia, signed canvas art, astronaut lunch opportunities and much more. This campaign offers once-in-a-lifetime experiences and mementos that everyone inspired by man’s greatest achievement will treasure for years to come.

Become Part of the On the Shoulders of Giants Campaign 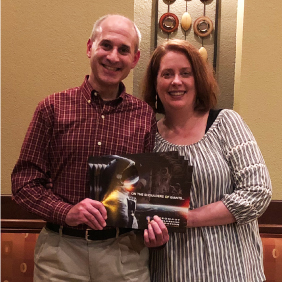 Bill and Linda Jaeger (pictured above) 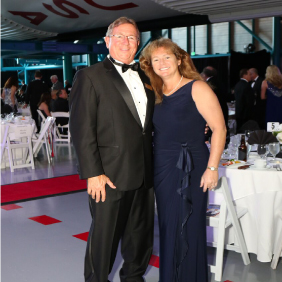 George and Lisa Schott (pictured above)

For more information about the On the Shoulders of Giants Campaign, contact us at +1 407-362-7900 or info@astronautscholarship.org.